“Tow the Line” is thought to be the last song written by Nick Drake. This certainly makes it quite uncanny that it conveys an unusual sense of temporal anxiety and finality mixed with patience, resignation, and even contentment. The positives sought in the song – a “way to follow”, the “make it pay”, bring a hope  of ease and warmth, transcendence and renewal. These enter the song through hope for a person, some “you” that calls, shows, and comes near. I can’t help but see here the hope for an “incarnation” of help to come in some “you” for a darkened, directionless and needy person. Incarnation is the theological term that expresses the truth that God became human in Jesus Christ so that God could more directly call us, show us, and come near us. It is the truth of Matthew 1:23 that is supposed to be celebrated in Christmas:

Watch for this—a virgin will get pregnant and bear a son;
They will name him Immanuel (Hebrew for “God is with us”).

The incarnation is expressed in more “cosmic” terms in John 1:14

The Word became flesh and blood,
and moved into the neighborhood.
We saw the glory with our own eyes,
the one-of-a-kind glory,
like Father, like Son,
Generous inside and out,
true from start to finish.

The tensions so evident in in the song that they are practically felt, were the tensions that appear to us onlookers to have been Nick Drake’s very soul. But I hope his expression of willingness to “follow” and “tow the line,” if not explicit expressions for relation to God, were in their essence truly transpositions of that deeper hopeful longing that seemingly must have been their hidden spring, and that such thirst found satisfaction.

Nick Drake’s short and essentially tragic life seems to be revelatory in relation to the glamorized carefree life imagined more and more in the celebrity culture that has grown like wildfire through the popular culture media. He seems to have been a precursor of sorts to the not wholly similar but equally tragic lives of Elvis Presley, Kurt Cobain, Elliott Smith, Michael Jackson, Heath Ledger, and many others. Nick Drake was certainly a “Shooting Star” in the darkness which seemed to be his nearly constant companion.

In one of my earliest Manifest Propensity” posts I presented thoughts on Nick Drake’s most famous song. “Pink Moon,” I touched there upon the question of Nick Drake’s life and thought in relation to postmodern and post-Christian society:

It seems to me that much of the recorded corpus of Nick Drake was mainly asking and exploring a certain question. That question was whether it was possible (or even necessary) to harmonize the realized subjective lives of individuals with the received objective truths of Christendom. Rather than trying to answer that question, I will be content here to submit that his asking such a question seems to prove one thing: The English world was certainly “post-Christian” and the “postmodern man” now found himself in a strange new world where the very atmosphere breathes ambivalence.

Perhaps ‘Tow the Line” was one of Nick Drake’s final cries of hope for “Place to Be” from the prevailing “hard” and “cold” of this strange new world.

This day is the day that we rise or we fall

This night is the night that we win or lose all

This time is the time that we wait for a while

This year is the year that we wait with a smile

If you show us we can tow the line

Now that you’re here we can try make it pay

For while you were gone it was hard it was cold

While you were gone we were time we were old

If you show us we can tow the line

“Do you think it all meant nothing, all the longing? The longing for home? For indeed it now feels not like going, but like going back. All my life the god of the Mountain has been wooing me. Oh, look up once at least before the end and wish me joy. I am going to my lover. Do you not see now – ?” C. S. Lewis, Till We Have Faces 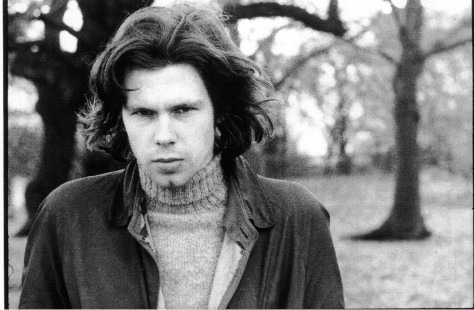