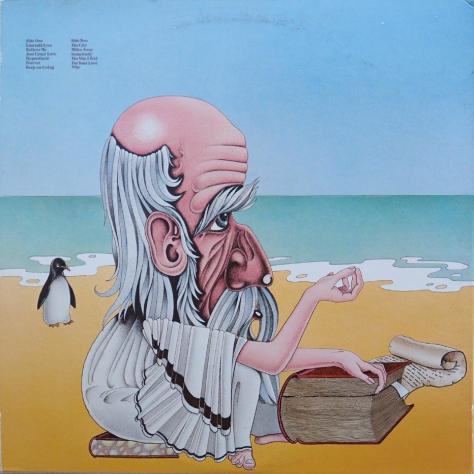 In 1975 I graduated college with my AAS degree. Like many in my generation, and like many young of all generations, I was seeking for a life-meaning and a life-direction. I was disillusioned with the society I lived in and the “Christianity” I thought I had grown up with (I hadn’t actually “gotten it” and for the most part it was a “watered down” Christianity).

So, driven partly by “spiritual” experiences I thought I had, I would go to the mall bookstores and peruse their sacred shelves hoping to find the key to become attuned to whatever the ultimate truth of the universe was. One exception to my method was when a book came to me through encountering a representative of the “Hare Krishna” movement in front of the record store in the mall. The airwaves had been flooded for some time with “My Sweet Lord” by George Harrison, and this gentle soul was sure to let me know that the album he offered me (for a great price) was endorsed by George himself, and also by John Fahey. He also offered a very nice hardcover edition of “The Bhagavad Gita” so I walked away with some very ancient writings, “spiritual” music, and only $5 less cash in my pocket. In my search that often felt rather desperate, I counted the cost as insubstantial.

This began my encounter with hinduism which proved short lived, although pantheism itself became my basic worldview for a number of years. I simply made no progress in meditation, and didn’t really want to adopt vegetarianism or any other drastic lifestyle change that the Hare Krishna’s recommended.

So back to the bookstore narrative. I found and read many interesting books, but some less so for various reasons. One book though, spurred a several year quest. It was “The Teachings of Don Juan –  A Yaqui Way of Knowledge.” I was immediately fascinated and hooked, eventually reading the first five books that narrated the apprenticeship in Mexico of Carlos Castaneda under “Don Juan Matus,” a Yaqui Indian Sorcerer and “man of knowledge.” This series had begun under the auspices of Castaneda’s dissertation for anthropology at the University of California. My quest thus became to become a “man of knowledge.” 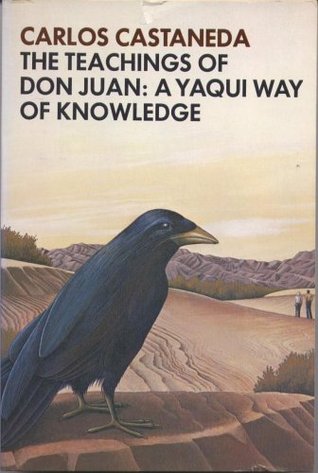 Little did I know at the time (due to the fact that Al Gore had not yet invented the internet and therefore finding news of things such as this required more attention than I exercised) the historicity of the books had been officially debunked in 1976 and had been under much scrutiny from as early as 1969. The five books I read came out from 1968 through 1977, and I read them mostly from 1976 through 1978. Some today still find value in them even as fiction, and think that perhaps Castaneda had valid reasons for his “cover up” as a sort of critique of typical anthropology studies. But for me their factuality was important and I think I believed they were historical probably until at least 1979. On the other hand it was not actually their non-historical basis that led me to abandon my quest to become a “man of knowledge” style sorcerer. The truth is that while I was in the midst of my quest, I found a different way, or perhaps more accurately it found me.

Had I known sooner, perhaps I would have given up that specific quest earlier. Alas, as early 1973 Fleetwood Mac had said that Don Juan went up “in a cloud of smoke,” but even though I was an avid early listener to the Mac, I didn’t hear “Mystery to Me” until probably 1978.

This brief autobiography is merely to provide a picture of what life was like for one, indeed for many in that era and to also provide some context for the song “Miles Away.” That song is an apt summation of how “man’s search for meaning” led many to eventually seek “flight” from the disillusionment a generation encountered in failed movements and false messiahs. The flowery optimism of the 1960’s had led to the hedonistic disillusionment of the 1970’s.

Miles Away
by Fleetwood Mac
Written by Bob Welch

Don juan goes up in a cloud of smoke
And all those hare krishnas turned out to be a joke
And it’s restless, restless, restless all the time
Slidin’ up and down the surface of this life
Now I know that I can’t say what’s black and white
But if I could fly I think I’d try tonight

Fleetwood Mac had proposed “flight” as an answer back in 1973. By 1977 Steve Miller’s enormous FM hit “Fly Like an Eagle” arguably confirmed “flight” as the answer for the generation. Alvin Lee’s ‘Ten Years After” had pointed the way back in 1971 saying “I’d  love to change the world, but I don’t know what to do…, so I’ll leave it up to you.” By 1977 the 60’s revolution had become flight with Miller’s “Fly Like an Eagle.”

Feed the babies
Who don’t have enough to eat
Shoe the children
With no shoes on their feet
House the people
Livin’ in the street
Oh, oh, there’s a solution

The question to ask today is whether our life is now become one of endless flight. Have we become a generation that unknowingly are ironically and perversely living the ancient biblical mandate of being “strangers and pilgrims” in the earth? For the point of that biblical “lifestyle” was not that it is good to be homeless and on endless “flight”, but to be on “pilgrimage” to an “alternative city” from the city of the kingdom’s of the world. In other words, there is a reality greater than the kingdom of humanity that has invaded, and the only “escape” from the old reality is to be found in this new “invading” reality.

Now admittedly this may all sound strange and perhaps even stranger than Castaneda’s second book “A Separate Reality” did to those that read it. But this is scriptural Christian doctrine, which should be evident in this simple parable told by Jesus, the person in whom God’s invasion of the world was inaugurated in potency.

Matthew 13:33 He told them another parable. “The kingdom of heaven is like leaven that a woman took and hid in three measures of flour, till it was all leavened.”

N. T. Wright, on of today’s foremost scholars of the New Testament wrote this:

We who live after Calvary and Easter know that God did indeed act suddenly and dramatically at that moment. When today we long for God to act, to put the world to rights, we must remind ourselves that he has already done so, and that what we are now awaiting is the full outworking of those events. We wait with patience, not like people in a dark room wondering if anyone will ever come with a lighted candle, but like people in early morning who know that the sun has arisen and are now waiting for the full brightness of midday. (Matthew for Everyone, Part 1, p. 170)

In short, through Christ, God’s “kingdom of heaven” has been hidden in the world to “leaven” the whole world. How this works is admittedly somewhat controversial, and not merely because at times various bodies of “the Church” have sought to facilitate this providentially “secret” process of God through questionable “public” means. This historical scenario has left fear in the minds of many that an unbridled  future movement could make the communistic attempted  “leavenings” of the world pale by comparison. But the only scripturally legitimate power of God’s kingdom must be centered in the dynamic exhibited by Jesus in his ministry. And that dynamic was diametrically opposed to the power that is operative in the kingdoms of mankind. The dynamic of Jesus was the exercise of a different sort of power, that has been notably absent in human governments and organized religions of all stripes.

Mark 10:42 And Jesus called them to him and said to them, “You know that those who are considered rulers of the Gentiles lord it over them, and their great ones exercise authority over them. 43 But it shall not be so among you. But whoever would be great among you must be your servant, 44 and whoever would be first among you must be slave of all. 45 For even the Son of Man came not to be served but to serve, and to give his life as a ransom for many.”

The dynamic of Jesus was even a different sort of love, one that is conspicuously absent in the intolerance in the name of “tolerance” in America today.

Matthew 5:43 “You have heard that it was said, ‘You shall love your neighbor and hate your enemy.’ 44 But I say to you, Love your enemies and pray for those who persecute you, 45 so that you may be sons of your Father who is in heaven. For he makes his sun rise on the evil and on the good, and sends rain on the just and on the unjust. 46 For if you love those who love you, what reward do you have? Do not even the tax collectors do the same? 47 And if you greet only your brothers, what more are you doing than others? Do not even the Gentiles do the same? 48 You therefore must be perfect, as your heavenly Father is perfect.

But in the end am I not espousing some measure of Christianity as “organized religion”? I would have to answer yes, but it would have to be a “matured” Christianity such as we have not yet seen broadly in the world. I readily admit that “organized religion” is scary, especially to “conspiracy theory” prone Americans. The reality is that some human “organization” is inevitable. The question then is what will it’s ethic be? Does even the American tradition of liberal democracy foster the ethical dynamic of Jesus? Do the disillusioned Americans that are permanently “in flight” have a dynamic that fosters the shalom of God for humanity? In the end, Bob Welch’s “Miles Away” is the only solution for postmodernism’s  no “black or white” epistemological dogma.

The true alternative is that God has already inaugurated the solution in which the reality of God’s alternate city can “leaven” the world. Postmoderns can only confess with Alvin Lee “I don’t know what to do”?

Revelation 21:2 And I saw the holy city, new Jerusalem, coming down out of heaven from God, prepared as a bride adorned for her husband. 3 And I heard a loud voice from the throne saying, “Behold, the dwelling place of God is with man. He will dwell with them, and they will be his people, and God himself will be with them as their God. 4 He will wipe away every tear from their eyes, and death shall be no more, neither shall there be mourning, nor crying, nor pain anymore, for the former things have passed away.”

The responsibility of all people then, is not to seek endless flight from the world, but to be part of the city that is to come. God has already prepared everything, but as Bob Dylan (who else) has pointed out, “The Groom’s Still Waiting at the Altar.”

West of the Jordan, east of the Rock of Gibraltar,
I see the burning of the stage,
Curtain risin’ on a new age,
See the groom still waitin’ at the altar.

Note that throughout the chorus Dylan has several second lines:

He also has an alternate to the third line one time where he sings:

I would love to hear any thoughts you may have about my thoughts.